c3 Communications, Inc. (c3) is a nationally award-winning public relations agency of 22 years. We are not like other PR agencies because we are uniquely structured having our principal agency owners hands on with direct strategic senior counsel on everything we execute. Couple that with a seasoned team of PR consultants around the nation who specialize in a variety of practice areas to bring together the highest talent for our clients under the c3 umbrella and it makes for a powerhouse top-notch team. No matter the size of your company or project, local or national exposure, we know we will be your public relations agency of choice as we have the best of the best of the PR industry and the track record to back it up. Whether you are looking for traditional PR, digital or social media or all of these, we would love to connect with you.

Thank you for checking us out and considering us to be your Public Relations partner.

Our entire c3 PR team brings the best of the best to every project, event and client we represent. We have a proven track record in executing marketing communications strategies and results driven campaigns on all levels across all platforms (traditional, digital and social). Our unique agency model and team sets us apart from our competition, because we have close personal connections with local, regional and national press from our c3 team, who are strategically placed in top markets across the country. Our collective senior team brings experience on such national brands as Westfield Shopping Centers, Disney, Oakley, Cricket Wireless, Aramark and Beneteau America, to name a few. This allows c3 to have a first-rate team on every project, launch campaign or event. We are poised to execute everything from working with a local non-profit to national multi-unit franchises through startups and product launches, local events and national touring productions and everything in between being both scalable and affordable. That’s why know we are a perfect fit for you.

Before founding c3, Joice worked at Berkman Communications on their executive team and also served as media relations director and national spokesperson for Children’s Hospital and Health Center San Diego (now Rady Children’s Hospital). In addition, rounding out her over near 30 years of experience, she worked as a press secretary for the California State Legislature.

Joice is active in the industry and community. She is a two-time past president of the San Diego chapter of the Public Relations Society of America (PRSA), past chair of the national PRSA Honors and Awards Committee, and has served on many non-profit executive boards. In addition, Joice volunteers for the Red Cross and Salvation Army locally in San Diego. Under her leadership, c3 is a big contributor supporting many local non-profits with pro-bono PR services. Those include, the Alzheimer’s Assoc. of San Diego & Imperial Counties, The Rosie Network, The Thumbprint Project Foundation and St. Jude’s, to name a few.

Joice has been recognized by clients and industry peers alike, both locally and nationally, winning awards including the PRSA San Diego Chapter Edward L. Bernays Eva Irving Community Service Award as well as was honored by her peers and the San Diego business community as the Public Relations Professional of the Year by the San Diego Chapter of PRSA. In addition, Joice and her c3 team has been honored with three national PRSA Silver Anvil Awards (the Oscar® of the PR industry). She has been named one of San Diego Metropolitan Magazine’s top 40 outstanding community leaders and honored as a Visionary in Philanthropy by the Salvation Army.

In addition, Joice and c3 were hand-selected to represent the San Diego & Palm Springs, CA. as part of the PR Consultants Group (PRCG), an exclusive nationwide network of 50 highly regarded, award-winning senior-level public relations and communications consultants working in every sector of every major U.S. market and Puerto Rico.

When not working at the profession she loves, Joice spends time with her husband of 26 years, Sean, in their Carmel Valley home with their adopted all-white rescued cat, Chloe. 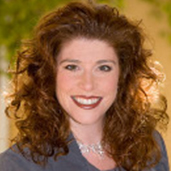 As COO, Sean runs strategic point on c3’s clients and manages the collective c3 PR team. He oversees many of the national tours, shows and engagements c3 promotes each year as well as the franchise and multi-unit based consumer product clients for the agency because of his vast experience in franchising.

In addition, his forte is in Social Media. He leads robust and impactful social media campaigns for many of c3’s clients. Under his leadership and strategic social media execution, the c3 team has captured amazing social media results for its clients. A great example of this speaks to the social media work he did on the Miami International Boat Show® (largest boat show in the USA) Sean single-handedly got the show certified on Twitter. It is still the only boat show to date on Twitter to obtain this distinction.

He taught extensively at National University, where he earned his Bachelors and Masters degrees in Software Engineering. In addition, he also served as faculty at University California San Diego (UCSD) Extension.

Sean is a multi-winner of both regional and national PR awards and also volunteers time in the San Diego community where c3 is headquartered.

When not a busy PR executive, he is an avid runner and travels as much as he can. He is the most avid Washington football fan you will ever meet. 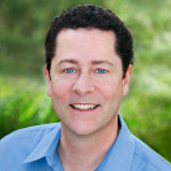